"To repeal certain provisions of the Gramm-Leach-Bliley Act and revive the separation between commercial banking and the securities business, in the manner provided in the Banking Act of 1933, the so-called 'Glass-Steagall Act', and for other purposes."

The full text will be available soon. The bill has already been referred to the House Financial Services Committee.
Lyndon LaRouche and his political action committee have identified the reinstatement of Glass-Steagall as the essential, immediate first step in rescuing the U.S. and global economy, from the catastrophes of hyperinflation and draconian austerity, to be immediately followed by the creation of a federal credit system linked to inaugurating major infrastructure projects such as the North American Water And Power Alliance (NAWAPA)[5].
We are in a countdown, before the hyperinflation set off by the bailout policies of the Federal Reserve and the European Central Bank, create an unstoppable crisis, LaRouche commented recently. Many leading bankers are fully aware that we are on the cusp of precisely such a catastrophe, which is why prominent bankers in London and elsewhere are now speaking out for Glass-Steagall. What they, and many in Congress, don't understand is that this emergency measure must be taken now, within weeks, in order to launch the crucial next steps of a recovery program: a credit system with funds dedicated to rebuilding the physical economy.
Lyndon LaRouche PAC will be moving immediately not only for passage of H.R. 129 as an emergency measure, but for introduction of a matching measure in the U.S. Senate, where support is growing for the banking separation.
Links:
[1] http://www.larouchepac.com
[2] http://larouchepac.com/gs-infographic
[3] http://thomas.loc.gov/cgi-bin/query/z?c112:H.R.1489:
[4] http://larouchepac.com/node/19643
[5] http://larouchepac.com/infrastructure

Jan. 4 (EIRNS)—In the opening hours of the 113th Congress, Rep. Walter B. Jones (R-NC) took immediate action to try to block any action by the Executive branch to go to war, without prior consultation with Congress. Rep. Jones introduced House Concurrent Resolution 3, with the identical language to his HCR 107[1], which expired with the 112th congress with 12 cosponsors.
HCR 3 expresses

"the sense of Congress that the use of offensive military force by a President without prior and clear authorization of an Act of Congress constitutes an impeachable high crime and misdemeanor under article II, section 4 of the Constitution."

It has been referred to the House Judiciary Committee.
Rep. Jones's sense of urgency on this matter was also reflected in an open letter he issued to President Obama on December 18[2], and announced in a Dec. 19 press conference[3], in which he and six other Congressmen strongly urged the President "not to once again lead our nation into war without authorization from Congress."
Furthermore, the letter said,

"Your recent threat of 'consequences' should Syria use chemical weapons is eerily reminiscent of the calls for war with Iraq to deal with their 'Weapons of Mass Destruction.'

We would like to remind you that the power to declare war remains vested in the Congress. No resolution from the United Nations or NATO can supersede the power carefully entrusted with the representatives of the American people.
Signing onto that letter with Rep. Jones were
Links:
[1] http://www.larouchepub.com/eiw/public/2012/eirv39n23-20120608/63_3923.pdf
[2] http://www.larouchepub.com/pr_lar/2012/121219_letter_2_obama.html
[3] http://larouchepac.com/jonespress2 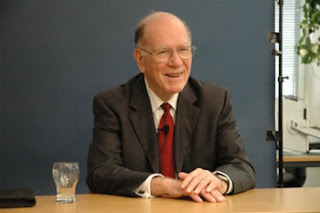 January 5th, 2013 • 9:53 AM
The final Labor Department monthly report on U.S. employment reported 155,000 net jobs creation in December after seasonal adjustment, with construction adding 30,000 jobs and mfg adding 20,000. The "official" unemployment rate went back up to 7.8%.
The unadjusted figures show that there was a net loss of 243,000 in employment in December, about in line with the previous two Decembers and better than the three before that; and that total job creation for 2012 (not seasonally adjusted) is reported to be 1.8 million, about equal to the implied growth of the labor force for the year.
The Bureau of Labor Statistics' summary report for the year gives a snapshot of the lost and discarded condition of the labor force. It grew by just 1.5 million in 2012; labor force participation fell by 0.4% over the year to 63.4%, which is 3.2% lower than 2007. The important ratio of employment to total population was unchanged for the year and is down a huge 5.0% since 2006, at 58.4%. As is well known, if the labor force participation rate were the same in December 2012 as when President Obama took office in January 2009 (65.7%), the December 2012 official unemployment rate would have been 10.7%.
The number of officially unemployed Americans fell by about 750,000 during 2012, but the total "underemployment"—including those forced to work part-time and those who dropped out of the labor force within the year—is 23 million. If longer-term dropouts are included, and the unusual numbers of young potential workforce entrants who did not enter, the total is 27 million who actually cannot find work. The number of Americans not in the labor force (NILF) grew by 2.23 million in 2012, and by 10.3 million since 2007. For comparison, in the previous five years 2002-07, NILF grew by just half as much, 5.2 million.
The average weekly wage is reported up by just 1.9% during 2012, so that real wages of those employed continued to fall.

http://www.huffingtonpost.com/2013/01/03/angus-king-senate-elizabeth-warren-banks_n_2405014.html
Posted: 01/03/2013 6:33 pm EST  |  Updated: 01/04/2013 7:23 am EST
WASHINGTON -- Freshman Sen. Angus King (I-Maine) joined Sen. Elizabeth Warren (D-Mass.) this week in the fight to rein in the financial establishment. In an interview with Maine newspaper the Portland Press-Herald, the new lawmaker called for major structural reform to the American banking system.
King, who caucuses with Democrats but does not identify as one, listed several progressive policy preferences in a Dec. 30 interview with the paper. Among his dream policies: filibuster reform, tighter gun-control laws and the reimplementation of Glass-Steagall. Read the full article here: http://www.huffingtonpost.com/2013/01/03/angus-king-senate-elizabeth-warren-banks_n_2405014.html 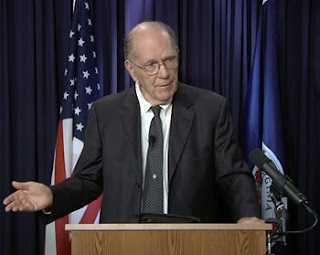 Congress is in Session; Call their offices
and meet your Congressmen
to Co-sponsor H.R. 129!

Dear Congressman,
I am writing to you to request that you add your name as a co-sponsor to H.R. 129, the bill to re-instate the Glass-Steagall law. H.R. 129 is the replacement in the new Congress for H.R.1489, which was introduced last spring by Congresswoman Marcy Kaptur (D-Ohio) and has Republican and Democratic co-sponsors. Glass-Steagall was law for 66 years until its repeal in 1999. Since then, the country has gone into an ever increasing financial spiral, which collapsed in 2007 and 2008, and a new spiral now ruining the nation. The bailouts to Wall Street have totaled $27 trillion or more according to reports from Neal Barofsky, former Inspector General of TARP, and have been used to prop up countless hundreds of trillions in derivatives and other Monopoly money paper. Re-imposition of Glass-Steagall will end this monetarist madness once and for all, and return the nation to a credit system. Under our traditional credit system, the government can issue credit to states to rehire unemployed, but urgently needed municipal workers, such as firemen, policemen, teachers, sanitation and others.
We can immediately follow this,  as was done to end the Great Depression in the 1930s,  by emitting  federal credit into the private sector and the states to launch urgently needed projects to reconstitute our national rail/power/water grid, creating millions of jobs in the process.  I urge you to become a co-sponsor of HR 129. Please communicate your intentions on this to me as soon as possible.   I enclose the Dear Colleague letter from Congresswoman Kaptur for your study.
Thanks,
Stu Rosenblatt

Dear Colleague:
I am writing to request your support for H.R. 1489, “The Return to Prudent Banking Act.”  I recently reintroduced this legislation to strengthen our financial system by reinstating Glass-Steagall.
In response to the failure of thousands of banks across the country, Congress enacted the Banking Act of 1933, commonly known as Glass-Steagall, during the height of the Great Depression.  This statute safeguarded the American economy for decades by legally separating commercial and investment banking.  Such a common sense system provided greater security to banking deposits in commercial banks.  Additionally, investment banks were only able to leverage their own funds, limiting the systemic risks of the American citizenry.  For decades, Glass-Steagall was a cornerstone of the U.S. financial system, until the Gramm Leach Bliley Act unwisely completely ended this important financial regulation in 1999.
With the repeal of the Glass-Steagall Act over a decade ago, the U.S. economy was exposed to an intolerable level of risk, and the recent financial crisis was certainly exacerbated by the removal of these safeguards.  I believe that we must limit the potential for future economic collapses by returning to a more prudent banking system in which banks must once again choose between investment activities or commercial lending.  If you would like more information or would like to become a co-sponsor of H.R. 1489, please contact John Brodtke in my office at john.brodtke@mail.house.gov.
Sincerely,
/s
MARCY KAPTUR
Member of Congress