By Paul B. Farrell 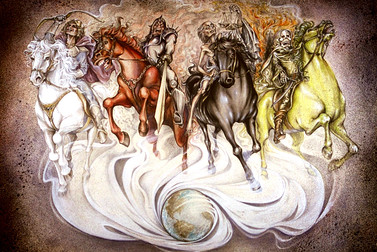 
Are things worse than we think?

Evan Newmark talks to Euro Pacific Capital president Peter Schiff, who fears as bad as we think the global economy is, things might, in reality, be even worse.  I AGREE! EVERYTHING MAINSTREAM IS A COMPLETE LIE!

How else to accept today's bizarre plot line: A decade ago Republican George W. Bush took our great nation into a $3 trillion war on lies. Today that party is mindlessly controlled by a cultish anti-tax pledge made to lobbyist Grover Norquist and his Americans for Tax Reform group, who once proclaimed: "I don't want to abolish government. I simply want to reduce it to the size where I can drag it into the bathroom and drown it in the bathtub." I DON'T THINK THAT IS ALL BAD!

Folks, this insane plot line has advanced into a no-compromise, scorched-earth vow to do everything necessary to drown out the current presidency and reinstall another conservative.

They've become a vengeful cult that will never back the president on anything, even their own job-growth policies. Will even destroy the economy to achieve their goals. They do not care about democracy. They want absolute control. And they're succeeding. SOME TRUTH TO THIS, BUT IT IS MORE LIKE BOTH SIDES AGAINST THE PEOPLE!

America's an addict, out-of-control, doesn't care who gets hurt.

Yes folks, I am mad as hell. The America I believed in when I volunteered for the Marine Corps, went to Korea, that America has been hijacked by an irrational, dark force that's consuming our political system. We saw this coming a few years ago reviewing Jack Bogle's warnings in "The Battle for the Soul of Capitalism." Buffett called that one: "There's class warfare, all right. But it's my class, the rich class, that's making war, and we're winning."

Today that toxic mind-set is a metaphor visible everywhere, in images like Dexter's Four Horsemen, visions of America descending into a self-created Inferno.

My America is out of control, babbling nonsense, acting like a junkie, addict, very bad alcoholic. Today I see a nation consumed by addictions: self-centered, selfish, greedy, aggressive, power hungry, lost souls with no moral compass, in denial of their suicidal mission, incapable of stopping.  SOUNDS LIKE THE BOOK OF REVELATION TO ME, AND FROM A SECULAR WRITER. HMMMM......

You know exactly what I'm saying: America is way off track. Our great nation is acting like a drunken self-destructive addict. Could use an intervention. But sadly we've drifted so far off our moral compass that only hitting bottom, a total collapse, near-death experience, only another meltdown bigger than 2008 and a depression will do the trick.  EXACTLY RIGHT!

You know addictions turn even nice people into monsters. In the end they don't care who they take down with them. Nothing matters, not families, not nations. Protect your assets folks.

Jeffrey Sachs warns: 'The Price of Civilization' will soon shock us

In Revelations, the Bible tells us the Four Horsemen of the Apocalypse are a warning of the coming "End of Days," of war, conquest, famine and death. In Dexter that powerful imagery of the Four Horsemen warns of a great battle coming between the good and evil, a powerful metaphor for today's America.  AMAZING! HIS WORDS, NOT MINE!

That battle also came to mind in reviewing a fascinating new book, "The Price of Civilization: Reawakening American Virtue & Prosperity," by one of my favorite people, Jeffrey Sachs, director of Columbia University's Earth Institute.

His CNN summary says it all: Already too many people in our world. Adding too many more every day. Not enough resources. Worse, nobody's solving the world's biggest problem, overpopulation: "How do we increase opportunities for all, leave a usable planet for the future?"  IT IS CLEAR TO ME THAT INTELLIGENT PEOPLE RECOGNIZE THAT GOD HAS PUT THE WORLD ON NOTICE, THE LEASE IS ABOUT UP!

The Four Horsemen kept racing through my mind. Suddenly it was obvious: Sachs is the leader of Four Horsemen, warning mankind of the "End of Days." The collapse is coming this century, in the next generation, possibly the next decade.  I WOULD AGREE, AND THERE IS NO WAY OUT THAT WE ARE WILLING TO PURSUE. COLLECTIVELY TURNING TO GOD AND ADMITTING OUR FAULTS IS NOT IN THE CARDS!

But "The Price" is unbearable, filled with apocalyptic images of the biggest bubble in world history, the population bubble that can destroy civilization. Unfortunately, too few are listening to him:

"Just 12 years after the arrival of the 6 billionth individual on the planet in 1999, humanity will greet the 7 billionth arrival this month." This "7 billionth person is cause for profound global concern. It carries a challenge: What will it take to maintain a planet in which each person has a chance for a full, productive and prosperous life, and in which the planet's resources are sustained for future generations? How, in short, can we enjoy 'sustainable development' on a very crowded planet?"  ESPECIALLY WHEN SUSTAINABLE DEVELOPMENT IS COSTLY AND YIELDS FEW PROFITS FOR DEVELOPERS AND CORPORATIONS. GREED IS THE PROBLEM!

"The answer has two parts," says Sachs. "Each portends a difficult journey over several decades. The first part requires a change of technologies — in farming, energy, industry, transport and building" and "will require an unprecedented degree of global cooperation …The second key to sustainable development is the stabilization of the global population. … Rapid and wholly voluntary reductions of fertility" with population leveling at eight billion.  IT IS NICE TO THINK AND DREAM BUT THIS EFFORT HAS ZERO CHANCE OF HAPPENING! IT IS WHAT WE NEED TO DO, BUT HUMAN NATURE WILL NOT ALLOW IT.

The United Nations forecasts as many as 10 billion by 2050, an intolerable burden on Earth's scarce resources.
Here are other "Horsemen" warning us:

Last year environmental economist and eco-activist Bill McKibben wrote in Foreign Policy magazine: "Act now, we're told. Trouble is, it might be too late. The damage has already begun. The only question now is whether we will stop playing political games and embrace the few imperfect options we have left.
Paul Gilding, Horseman:  Brace for impact!

After 30 years of "screaming" to get the public's attention, former Greenpeace CEO Paul Gilding admitted in his new book, "The Great Disruption," that he finally just gave up. Nothing was working: "We tried. We failed." Today he has no illusions anything will stop the catastrophe dead ahead.

His message is simple: We need to brace for impact. This is "not a doom and gloom prediction, but an inevitable physical reality." Brace for impact folks.

Last year Gates said if he had "one wish to improve humanity's lot over the next 50 years it would be an "energy miracle," a magical "new technology that produced energy at half the price of coal with no carbon dioxide emissions." A year earlier Gates and a large group of billionaires agreed that the world's biggest problem was population.

Grantham manages over $100 billion. He predicted the 2008 meltdown years in advance. Now sees danger in the population explosion calling it an "inevitable mismatch between finite resources and exponential population growth." He expects a "bubble-like explosion of prices for raw materials." Then commodity shortages will become a huge "threat to the long-term viability of our species when we reach a population level of 10 billion," making "it impossible to feed the 10 billion people."

"One of the disturbing facts of history is that so many civilizations collapse," warns Jared Diamond, in "Collapse: How Societies Choose to Fail or Succeed." Many "share a sharp curve of decline" that often begins "only a decade or two after it reaches its peak population, wealth and power." Why? Leaders are in denial, unprepared.

As the planet's carrying capacity shrinks, an old pattern could emerge; warfare defining human life … an ancient pattern of desperate, all-out wars over food, water, and energy supplies would emerge. " Warning, the 2020 plot line is accelerating.

Scientific American warns that population is "the most overlooked and essential strategy for achieving long-term balance with the environment." Yet, the whole world's in denial, delaying.

Yes, by 2050 the American dream will be the Global dream, exhausting the world's natural resources. In fact, if all nations consumed resources at the same rate as America today, we'd need six Earths just to survive today.

Fast forward to 2050 and a population of 10 billion.
Warning: In our silence today, we are committing suicide tomorrow.
at 7:36 AM